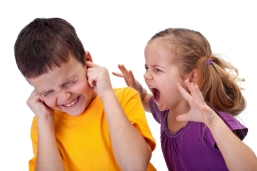 It’s been a bad week for religion in my house. I spent the last four years writing a book on parenting. It is everything I have learned in 30 years as a pediatrician, everything I care about. It is the crib notes on how to raise a happy, confident, brave child who knows he or she is loved and has the self confidence to take on the world. It is my heart and soul, torn out and put on a page.

A relative of mine just told me that she cannot recommend it to anyone, because she has serious reservations about its content. She said that it was without even the most basic, decent principles. She hates this book so much that she cannot bear to even open it and read a single page.

Yep, you heard that right. She never read a single word, but she knows it is terrible, because I do not belong to her religion. I believe differently than she does, therefor I am wrong and she can learn nothing from me.

Religion is like the lunch table in the high school cafeteria. Everyone has a table at which they feel welcomed and at home. This is the best table in the room. This table, at which the football stars (cheerleaders…drama club…goths…science geeks…) sit is the best place to be. My group knows the way things should be, the correct way to do things. They know what really matters, because they believe the same things I believe. They are right, and everybody else is wrong.

We know how this story goes, because most of us have lived it. A person has to be pretty oblivious to overlook the agony of high school.

In order to be in the “in” group, somebody else has to be out. We cannot be “better than” if we do not define someone else as “less than.”

Let’s agree for a moment that all religions are basically the same: perhaps they all preach respect for life, honorable behavior, caring for our fellow man, living in peace (which, oddly, they do…), why then do we join a specific one, when all are equally uplifting? Why then denigrate the others, when we actually agree with their basic philosophy?

It is the fault of our inner two year old. That raging toddler wants to be special, and particularly loved. He wants to sit at the grown-up table. He does not want to be one of the masses, no better or worse than any other toddler.

In order for him to be special, someone else has to be inferior. By pushing someone else down, he can climb up. He can be in the privileged group, the one that has it right.

To maintain this position and keep the group intact, people outside the group have to be different, and wrong. They have to be wrong even though they are saying basically the same things he is.

Like in high school, where everyone else actually wants the same things you do: to survive, to have friends, to learn how to take charge of their own lives – the others have to be wrong so that you know you found the right path. Into the lockers with that geek! Laugh at that football player when he gets the answer wrong! Trip that homely girl! Feel that little boost in your own self esteem!

I, too, have a dream. I dream that we can all respect each other as equal human beings and let go of that need to be special, and better than; that we can deal with our own insecurities without needing to stomp on someone else; that we can perhaps intervene when we see weak, insecure bullies attacking others simply because they are present in greater numbers and they can only see their own path.

Wouldn’t it be great if we could learn from each other and expand our minds and hearts, rather than letting them shrivel into dried up husks of judgement and bigotry? Imagine if, when we met some one of a different culture, religion, or sexual preference, we could say “Interesting! What’s that like?” instead of “You’re going to burn in hell because you don’t enclose yourself in my style of box!”

When that geek (drama fan…athlete…homely girl…atheist…) walks by your table, kick out a chair and invite him or her to sit down. Be a better person instead of just getting your group to tell you you are.