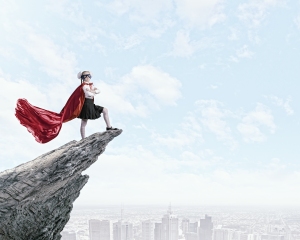 Our current crop of political leaders is making me nuts. We’ve gone from “I cannot tell a lie” George Washington to “I cannot tell the truth” Donald Trump, and the American people have accepted it, because it is the new norm. What happened to honesty, integrity, and caring for our fellow humans? The politics needed to get elected have destroyed the integrity needed to do the job.

I usually tell people that the most important concepts in parenting are unconditional love, acceptance of and respect for the child, security, and consistency. In honor of this election, I would like to add one more to the list: personal responsibility. Perhaps I can sneak it in as a subset of security.

Eleanor Roosevelt said “…our children must learn…to face full responsibility for their actions, to make their own choices and cope with the results…the whole democratic system…depends upon it. For our system is founded on self-government, which is untenable if the individuals who make up the system are unable to govern themselves.”

Responsible behavior trickles down. When the individual people who run our government do not hold themselves accountable, our organization’s leaders will follow that example, and bad behavior will flow down to our workplace and family. If everyone you know is behaving badly, why then should you be any better?

Because your children are watching.

Our candidates have not been good examples.  According to the Pulitzer Prize winning website site PolitiFact Donald Trump tells the truth 3% of the time, and “Pants-on-Fire” lies 19% of the time. Ted Cruz is at 22% true or mostly true, and 7% Pants-on-Fire lies. Clinton and Sanders tied at 51% true or mostly true, and 2% and 0% fiery pants, respectively.

Recently I was asked if an online publication could put my blog about Food Marketing to Children on their site. I was honored, and said yes.

They edited it a bit. They took out every reference to particular fast food advertisers, thus gutting the info on marketing techniques advertisers use to attract children. Apparently it is unacceptable to offend McDonald’s by suggesting that they advertise fast food. They removed my book from my bio (hmm…) and replaced it with fabricated hospital affiliations. I was told that it would not be sent for final approval until I approved the edits, so I spent two days working to fix it. When I sent back the version I approved, I learned that the gutted article had been sent forward at the exact same moment they were assuring me that it would not.

When I expressed my disapproval, I was told “This is our editorial process and it has been in place for five years. It has never been a problem.”

It reminded me of Han Solo in Star Wars shouting, “It’s not my fault!”

“We always do it this way,” and “It’s the other guy’s fault,” are classic techniques to evade personal responsibility. Lack of accountability has become expected and acceptable. Bad enough in politics and organizations, it is soul destroying when done by parents in the sight of their children. “It was the other guy’s fault,” easily breeds “The teacher didn’t tell us we had homework.” “The boss just doesn’t like me,” can become “There’s no point in trying, it won’t work out anyway.” Evading responsibility imperils things like learning, achievement, self-confidence and pride.

We want our children to have pride in their accomplishments, good relationships, and success in their chosen work. The only way to get there is “to face full responsibility for their actions, to make their own choices and cope with the results.” Gotta love Eleanor Roosevelt.

The first step in teaching them to be accountable for their actions is to be so yourself. Children will follow the example they see–and if that example is not as honorable as it should be, they may not become the person you hoped they would be. Forget to pick up the school supplies? Accept blame and let them put you in the time out chair. Don’t try to shift blame to your demanding boss. Hurt somebody? Apologize. When we hold ourselves accountable, we become better people, and our children follow our example.

Make your children feel secure and proud to claim you as their parent-not disappointed and ashamed by your actions. Teach them that they can accomplish anything they dream of if they make their choices, and cope with the results.

And get out and vote.